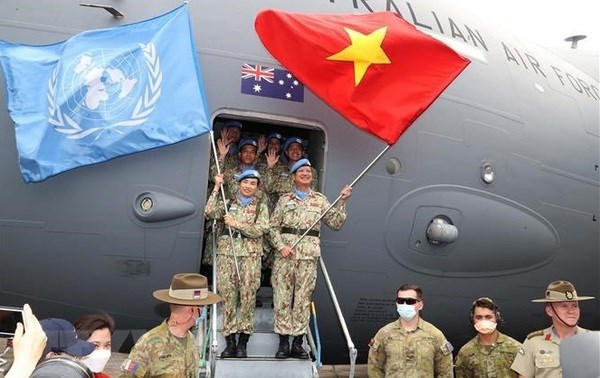 The 22nd Assembly of the World Peace Council (WPC) will focus on calling for international solidarity and joint efforts for peace, cooperation and sustainable development, stated Uong Chu Luu, Chairman of the Vietnam Peace Committee (VPC), in an interview granted to the Vietnam News Agency on the occasion of Vietnam’s hosting of the event from November 20-27.

At the event, Vietnam hopes to promote the image of its nation and people, especially in the renewal period, and popularise the country’s foreign policy of independence, self-reliance, peace, friendship, development cooperation, multilateralisation and persification; being friend to all countries and partners in the principle of not interfering in each other’s internal affairs and respect to each other’s dependence and self-reliance; and being a positive member of the international community.

Luu emphasised that this is also an opportunity for Vietnam to show gratitude to international friends, including the WPC and its member organisations over the past seven decades, for accompanying, supporting and showing solidarity with Vietnamese people both in the past and present.

For Vietnam, the event also provides a chance to enhance the awareness of the community, especially youngsters, of the role and value of peace to the national construction and defence, as well as the significance of international solidarity and support from international friends to the success of the Vietnamese revolution.

Highlighting the special historical relationship between the WPC and Vietnam, Luu said that from the very beginning, President Ho Chi Minh and the Party clearly saw the important role of the WPC and the need to connect Vietnam with this international organisation. Vietnam sent 11 delegates to participate in the founding Congress of the World Peace Council in 1949. The Congress honoured President Ho Chi Minh as the No. 1 soldier for peace and Honorary Chairman of the World Committee for the Peace Protection of Vietnam.

Over the past 70 years, the WPC has always given Vietnam noble international solidarity and strong support, both the past struggle for peace, national independence, and liberation and the present renewal, construction and defence of the Fatherland, he said.

Luu also reviewed a number of important milestones in the relations between the WPC and Vietnam.

In 1950, at the WPC’s second Assembly in Warsaw, it issued a statement supporting the Vietnamese people’s resistance against the French colonialists.

In 2017, Vietnam successfully hosted the Conference of the Executive Committee of the council in Hanoi, with the highlight being the celebration of the 100th anniversary of the Russian October Revolution. 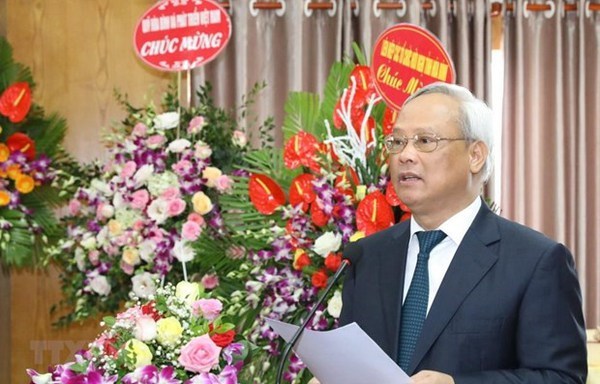 The WPC established the Ho Chi Minh Prize in 1980, which was presented to Palestinian leader Yasser Arafat the same year and Namibian leader Sam Nujoma, and Sandinista National Liberation Front of South Africa in 1986. This has affirmed the role and prestige of Vietnam and the Vietnam Peace Committee to the WPC, stated Luu.

Regarding the reason why the WPC chooses Vietnam to host its 22nd Assembly, Luu said that the role and engagement of Vietnam, a founding member of the WPC, in the council’s operations have been recognised by international friends and members of the council.

Vietnam is a peaceful and stable country that is on the process of innovation, integration and development, he said, adding that Vietnamese people have a tradition of patriotism, love for peace, and are very friendly, hospitable, loyal, and affectionate.

During the past 35 years, the country gained great and comprehensive achievements in all fields, including the COVID-19 pandemic control. Despite the global crisis in the past two years, Vietnam still enjoyed positive socio-economic results. These are among the factors persuading the WPC members that Vietnam is a suitable place to organise the 22nd Assembly, said Luu.

He added that the Vietnam Union of Friendship Organisations has full capacity and experience to host major multilateral diplomatic events.

Currently, Vietnam has drawn great attention from international friends and WPC members who are interested in exploring its achievements and experience in advancing to socialism. The event is a chance to show that the choosing of the Party, State and people of Vietnam is proper, and the vitality of the road to socialism in Vietnam has brought about achievements that international friends have recognised and are very impressed with, he said.

Luu stressed that today, Vietnam’s engagement in world peacekeeping has not limited in protesting, preventing new world wars or nuclear wars, minimising arms races, fighting terrorism, racism or inequality, but the concept of peace keeping and protection has been expanded. Peace is not just the absence of war, but it is matter of development, the environment, human rights, justice and righteousness.

Vietnam needs to show its participation on a broader scale to further contribute to the preservation of sustainable peace on this earth, he stressed.

The WPC, an organisation leading the world peace movement, gathers 135 organisations of communist and left-wing parties in more than 100 countries. From an international anti-imperialist movement of the masses, after more than 70 years of development, it has become part of the world peace movement closely cooperating with international movements and countries to promote peace around the globe./.