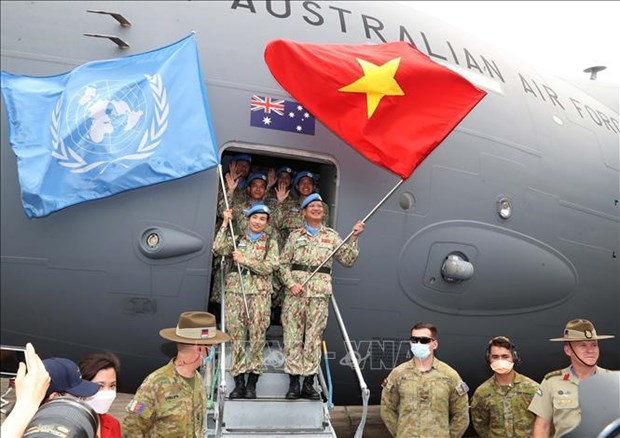 The resolution of the 13th National Party Congress and Resolution No 22-NQ/TW of the Politburo identified the task of actively taking part in multilateral defence and security mechanisms, including engaging in cooperation activities at a higher level such as UN peacekeeping operations.

Since June 2014, the Vietnam People’s Army has sent 516 officers and professional soldiers to UN peacekeeping operations in South Sudan, the Central African Republic, the Abyei Area, and the UN headquarters.

The forces of Vietnam have been well fulfilling their duties, winning the recognition and support from the Party, State, and people, as well as high evaluation from the UN and international community. That also helped Vietnam obtain 192 out of the 193 votes to become a non-permanent member of the UN Security Council for 2020-2021.

The deployed personnel have shown their professionalism, discipline, the spirit of international solidarity and, especially the capability of quickly adapting to harsh working conditions at the missions. 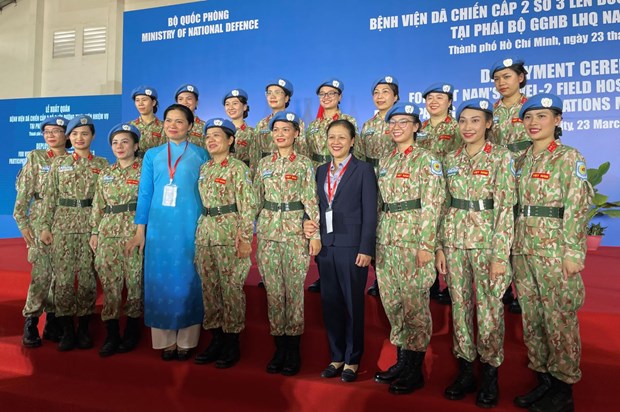 As of August 2022, Vietnam had sent about 80 officers working independently at the missions in South Sudan, the Central African Republic, the Abyei Area, and the UN headquarters. Many of them have finished their terms and been praised by the UN for their remarkable performance, accounting for 30%, compared to other countries’ average of 2%.

Meanwhile, since October 2018, four Level-2 field hospitals have been deployed to South Sudan. All of them have excellently fulfilled tasks and highly valued by mission leaders. The field hospitals have affirmed their specialised capacity and sense of responsibility while establishing themselves as a trustworthy source of healthcare support for UN staff members in the host country, especially amid complex developments of the COVID-19 pandemic.

In May 2022, the first engineering unit of Vietnam, which consists of 184 officers and professional soldiers and nearly 2,000 tonnes of equipment, departed for the UN Interim Security Force for Abyei (UNISFA). As soon as arriving in the area, the unit quickly embarked on their duties. The mission’s commander recognised that their performance had helped make an improvement to the UNISFA.

In particular, Vietnam has always paid attention to raising the rate of servicewomen in UN peacekeeping operations.

Highly valuing the move, officials of the Vietnamese Ministry of National Defence were invited to join UN leaders in co-chairing an international conference on women with the UN peacekeeping operations. This event took place in Vietnam on November 26, 2022 on the occasion of a visit by UN Under-Secretary-General for Peace Operations Jean-Pierre Lacroix./.