Vietnam aims to become an upper middle-income country with a modern industrial base by 2030. 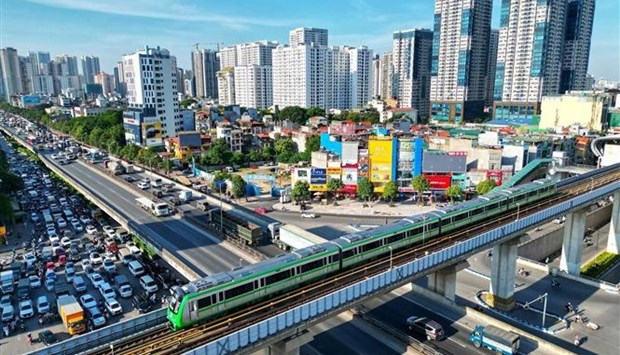 Vietnam aims to become an upper middle-income country with a modern industrial base by 2030.

This is part of the national master plan for 2021-2030, with a vision towards 2050, which has just been approved by the Government and will be submitted to the National Assembly for approval.

By 2030, the service sector will contribute 50% of the GDP while industry-construction and agriculture, forestry, and fishing sector account for 40% and 10%, respectively.

There will be northern and southern locomotive zones, with Hanoi and Ho Chi Minh City as the growth poles, along with the North-South, Lao Cai-Hanoi-Hai Phong-Quang Ninh, and Moc Bai-HCM City-Vung Tau economic corridors. The urbanisation rate will exceed 50%.

Vietnam will have a population of around 105 million and its human development index (HDI) will be maintained at 0.7 and the country expects to be among the top 10 countries with the best education services in Asia.

The country is also striving to catch up with other countries in the region with advanced medical services, with an average 35 hospital beds and 19 doctors for every 10,000 people.

By 2050, Vietnam is aiming to become a developed country with upper income status, an equal, democratic and civilised society, and harmonious, modern infrastructure. It is working hard to move towards the circular, green and low-carbon economy.

To achieve these goals, the Government has chalked out key tasks. 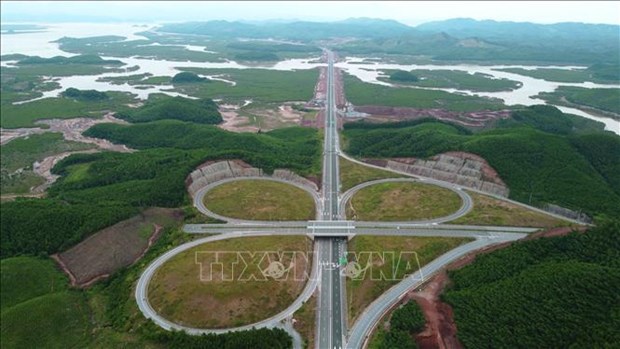 A section of Van Don-Mong Cai Expressway in the northern province of Quang Ninh. (Photo: VNA)

It should accelerate the restructuring of the economy and development spaces, ensuring productivity, quality and efficiency improvement; and prioritise the development of a number of industries and fields that have the potential and advantages, so that they can serve as a driving force for growth and enhance the national economy’s self-reliance.

It is necessary for the country to develop locomotive zones and important growth poles, and select a number of regions and urban areas with special advantages to build economic and financial centres, and special administrative-economic units with special mechanisms and policies to improve international competitiveness.