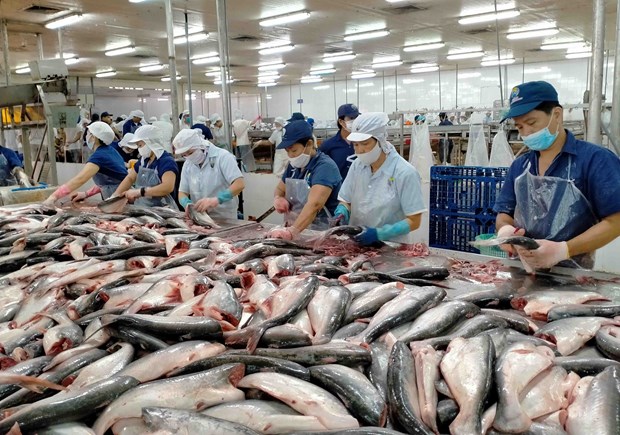 This year, Vietnam expects to yield a tra fish output of 1.68 million tonnes.

Speaking at a press conference announcing the first tra fish festival that is set to take place in the Mekong Delta province of Dong Thap on December 16 and 17, Tien said that Vietnamese tra fish is now exported to 138 countries and territories around the world.

About 350 tra fish raising establishments in the Mekong Delta region with a total area of nearly 3,120 ha have been certificated to meet Vietnamese Good Agricultural Practices (VietGAP) standards.

Tien said that the fishery sector could rake in a record high of 11 billion USD from exports this year and that tra fish is among the key products that greatly contributed to the growth.

According to the Vietnam Tra Fish Association, 2022 marks a successful year for the production and trading of tra fish in the Mekong Delta region as domestic tra fish prices are maintained high after businesses have made efforts to boost exports.

Last year, the tra fish export value of Vietnam reached about 1.62 billion USD, marking an increase of 8.4% compared to 2020.

Early this year, Vietnam set a target of 1.6 billion USD from exporting tra fish in 2022. Major markets of Vietnamese tra fish include China which consumes nearly 30% of Vietnam’s exported tra fish, the US (nearly 23%), countries joining the Comprehensive and Progressive Agreement for Trans-Pacific Partnership (CPTPP) (more than 13%), the EU (8.2%), and Brazil (3.7%)./.