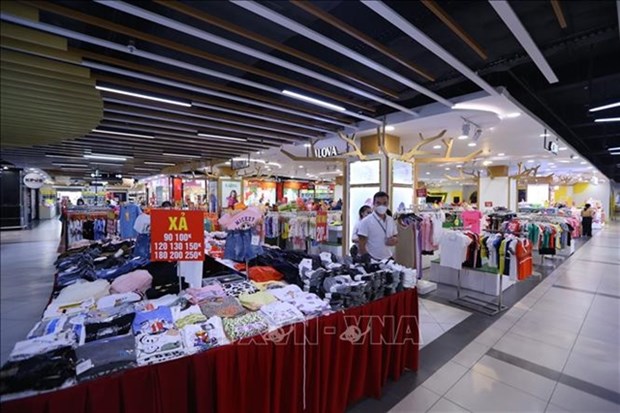 Le Viet Nga, Deputy Director of the Domestic Market Department under the Ministry of Industry and Trade (MoIT), said the ministry would continue to coordinate with relevant ministries, sectors and localities to review and develop the commercial infrastructure to approve planning, plans and strategies. They will focus on the development of a wholesale market and logistics centre.

The number of convenience store chains also has increased strongly in recent years.

Those changes have shown that the modern commercial infrastructure has been developed while the traditional market system has been upgraded, especially in rural markets.

Notably, the convenience store system has been thriving in Vietnam as a small and medium-sized retail model. This is considered an upgraded version of the grocery stores, but they have more advantages, such as saving time and space and better service quality.

However, experts have pointed out a strong development in several markets, supermarkets, trading centres and convenience stores. Still, they do not have synchronous development and are mainly located in urban areas. Besides that, the legal framework for them has not kept pace with the development of commercial infrastructure.

Traditional markets, such as Mo and Hang Da markets in Hanoi, have been rebuilt for a long time, but up to now, they still have many empty kiosks without the excitement as before.

That’s because Vietnamese consumers often prioritise convenience. They like sitting on a motorbike to buy food and veggies at a small market along the pavement or a traditional market.

Vu Vinh Phu, a retail expert, said that there is only Decision 1371/QD-BTM dated September 24, 2004, on regulations on developing supermarkets and trading centres. However, those regulations have many outdated and inappropriate points, especially in convenience stores that have only developed strongly in the last five years.

All of the above factors make Vietnam not have a branded convenience store chain, although it has had strong development in several of those stores.

Vu Thi Hau, Chairwoman of the Vietnam Retailers Association, said in the context of the growing demand for developing civilised and modern commercial infrastructure, MoIT needs to build regulations on this issue and take consultation from many parties to create a legal corridor for enterprises to invest to those convenience stores.

Last year, the Prime Minister approved a strategy for developing domestic trade in 2030, with a vision to 2045.

Accordingly, the city will promote investment attraction of commercial infrastructure, including markets, supermarkets, and commercial centres, ensuring compliance with the planning.

At the same time, it will support businesses in removing difficulties and obstacles to speed up the implementation of new commercial infrastructure projects and rebuilding or renovating markets, supermarkets, and commercial centres./.