Economic cooperation is a driving force of the comprehensive partnership between Vietnam and Canada, Vietnamese Ambassador to Canada Pham Cao Phong has said. 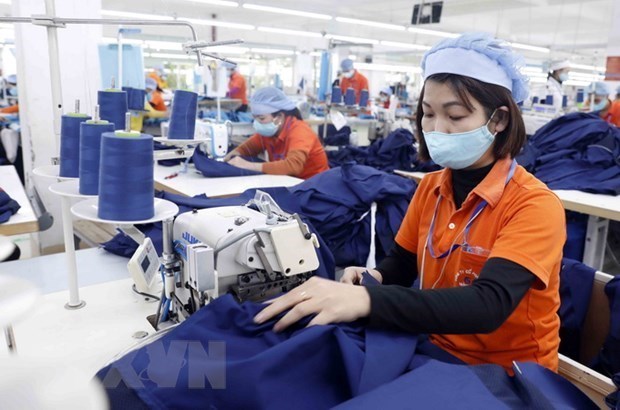 Economic cooperation is a driving force of the comprehensive partnership between Vietnam and Canada, Vietnamese Ambassador to Canada Pham Cao Phong has said.

Speaking at a seminar, organised on November 9 by the Vietnamese Embassy in Canada in both virtual and face-to-face forms, Phong said that Vietnam has been Canada’s largest trading partner in the Association of Southeast Asian Nations (ASEAN) for a long time, with two-way trade increased more than 6.2 times over the past 10 years.

The ambassador said the seminar reflected the embassy’s efforts to strengthen policy dialogue, and trade and investment promotion to facilitate Vietnam-Canada economic linkages in the context that the global supply chain and economic recovery process have faced difficulties in the post-COVID-19 period.

Canadian Minister of International Trade, Export Promotion, Small Business and Economic Development Mary Ng highly appreciated the role of the Comprehensive and Progressive Agreement for Trans-Pacific Partnership (CPTPP) to which both Canada and Vietnam are members. The deal has created great opportunities for businesses in both countries, she said.

The value of two-way trade between Canada and Australia, Japan, New Zealand, Singapore and Vietnam – the five nations which had ratified the CPTPP and had no other trade deals with Canada – grew by nearly 10% from 47.3 billion CAD in 2018 to 52.1 billion CAD in 2021, the minister said, adding that Canada’s exports to these countries also increased by 8.3% in the period, much higher than its export growth to the rest of the world.

Lisa Thompson, Minister of Agriculture, Food and Rural Affairs of Ontario, affirmed that Canada’s most populous province wants to strengthen its longstanding relationship with Vietnam and underscored opportunities in the field of trade and investment between the two countries.

At the seminar, economic experts Vo Tri Thanh, Can Van Luc and Nguyen Anh Tuan, Deputy Director of the Department of Foreign Investment under the Ministry of Planning and Investment, briefed participants about Vietnam’s economic development and preferential policies to attract foreign investment as well as areas that the country is calling for investment./.