Vietnam calls on Francophone Community to continue with reforms 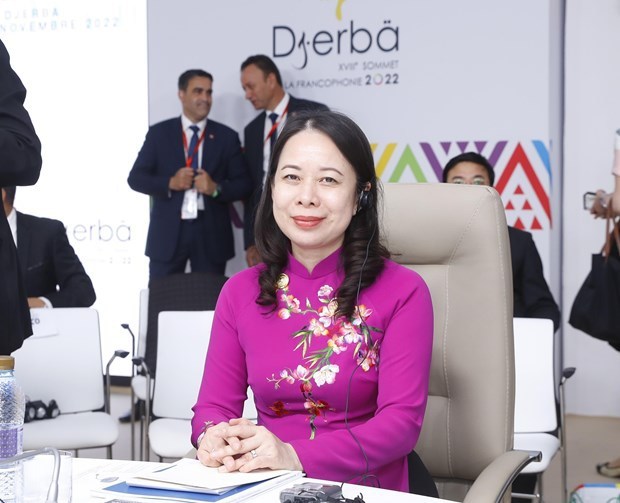 She presented major proposals regarding operational orientations of the community in the time ahead, saying the French language should continue to be its foundation, and support should be provided to community members in popularising the language, and providing French training courses for UN peacekeeping forces.

She called for promoting efforts for peace, stability and development in the world, strongly supporting the maintenance of peace, stability, safety and security of navigation in the East Sea, and calling on sides to address disputes by peaceful measures and international law, including the 1982 United Nations Convention on the Law of the Sea (1982 UNCLOS).

Vietnam has actively participated in and made responsible contributions to build a united, strong Francophone Community with a significant voice in the international arena, for the sake of people, and for a world of peace, stability and development, the Vice President affirmed.

On the sidelines of the summit, Xuan had meetings with Senegalese President Macky Sall, President of Côte d’Ivoire Alassane Ouattara, French President Emmanuel Macron, Canadian Prime Minister Justin Trudeau and Vice President of Bulgaria Iliana Iotova, aiming to boost cooperation in diplomacy, politics, economy and trade with the countries, both bilaterally and multilaterally.

The 18th Francophonie Summit themed “Connectivity in persity – the digital vector of development and solidarity in the French-speaking world,” is taking place on November 19 and 20 in Djerba, Tunisia, with discussions on political and economic situation in the world.

Founded in 1970, the Francophone Community groups 88 member states with the goal of sharing French language and universal values for the sake of peace, cooperation, solidarity and sustainable development. The members are from five continents, with about 220 million French speakers out of a population of 890 million./.