Ten most notable events of industry trade sector in 2022 announced 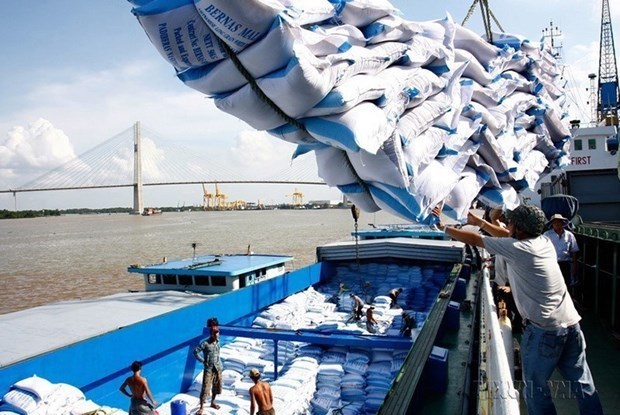 Rice bags are loaded onto a vessel for shipment. Vietnam is one the biggest rice exporters in the world. (Photo: VNA)

Vietnam’s industry and trade sector has obtained encouraging results in 2022, contributing to the national socio-economic development. The following is a list of the 10 most outstanding events of the year as selected by the Ministry of Industry and Trade (MoIT).

2. Trade surplus recorded for seventh straight year
Total export and import value stands at about 732 billion USD in 2022, rising by some 10% from last year. In particular, exports increased 10.5% to about 371.5 billion USD, surpassing the target of 8% set by the National Assembly and the Government.

With this result, Vietnam has posted trade surplus, nearly 11 billion USD, for seven years in a row, helping raise the foreign exchange reserves, and stabilise exchange rates and other macro-economic indexes.

3. Substantive integration into global economy
Amid unprecedented changes in the world, the MoIT has taken concerted measures to enhance the economy’s self-reliance and self-resilience, thus helping facilitate exports and foreign investment attraction so as to further fuel economic development and improve the country’s stature.

Exports to new markets under new-generation free trade agreements (FTAs) have gone up by over 20%, even more than 30% in some markets, much faster than overall export growth. That has helped persify export markets, avoid overdependence on certain ones, and boost the shipments of commodities with higher technological content and added value.

Vietnam has also maintained and strengthened ties with traditional, neighbouring, and major partners to create favourable conditions for trading and investment activities. 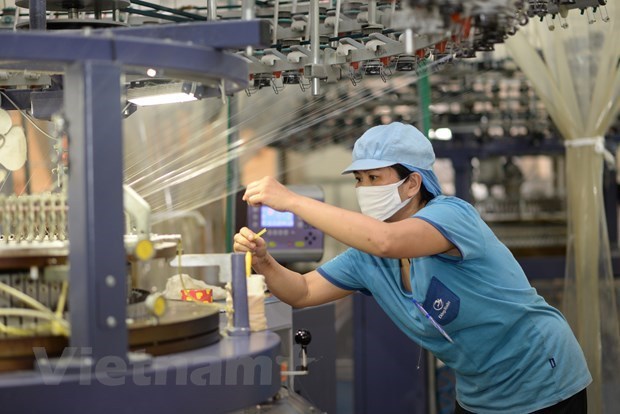 4. Fifth place globally in e-commerce growth
Vietnam’s retail e-commerce market in 2022 is valued at around 16.4 billion USD, making up 7.5% of total consumer goods and service revenue.

With an annual pace of 20%, the country was listed among the five countries with the fastest e-commerce growth in the world by eMarketer.

Under the Prime Minister and MoIT Minister’s directions, the ministry has held trade promotion meetings between Vietnam’s trade offices abroad and domestic localities, business associations, enterprises, and related agencies to provide updated information about foreign markets and give timely recommendations to enterprises. The national trade promotion programme has also been stepped up to effectively assist localities, business associations, and enterprises.

As a result, the effectiveness of overseas trade offices’ operations has been improved considerably, greatly contributing to the export success this year.

Amid Vietnam’s intensive and extensive economic integration into the world, especially its participation in new-generation FTAs, the MoIT has proactively and effectively carried out trade defence measures to guarantee a fair competition environment and protect legitimate interests of domestic production sectors.

Those remedies have had positive impacts on some important industries, helping ensure jobs and income for farmers and workers.

Under the MoIT’s directions, most of localities and consumer goods producing and trading businesses nationwide have overcome difficulties to ensure supply to meet an increase in consumer demand, especially during major anniversaries and the Lunar New Year (Tet) holiday.

After a decrease for two consecutive years due to the COVID-19 pandemic, total retail sales of goods this year has bounced back strongly to nearly 5.64 quadrillion VND (239 billion USD), up 21% from 2021, compared to the target of 8%. 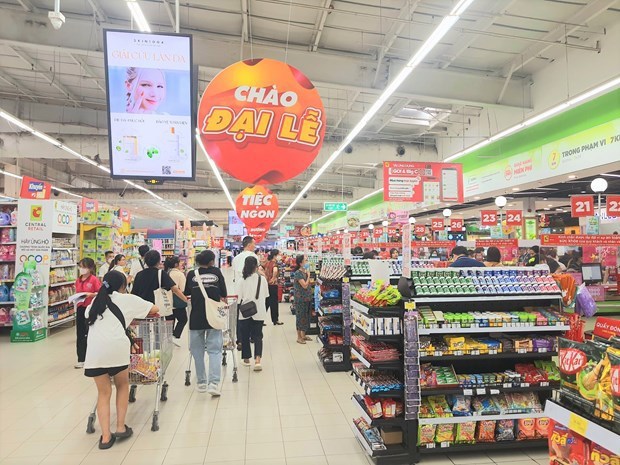 8. Safe, sufficient, stable electricity supply for production, daily use
In 2022, electricity supply of the entire system nationwide has been guaranteed to meet production and daily activities, especially during big anniversaries, holidays, and major political, cultural, and sports events.

Comprising 11 chapters with 69 articles, the law will take effect on July 1, 2023. It is expected to create an optimal environment for attracting more investment to oil and gas-related activities, thereby helping increase the state budget revenue, ensure energy security, and safeguard Vietnam’s maritime sovereignty./.