Sustainability and circularity a necessity for Vietnamese textiles

Sustainability and circularity are an inevitable path that Vietnamese textiles have to follow, according to Truong Van Cam, General Secretary of the Vietnam Textile and Apparel Association (VITAS). 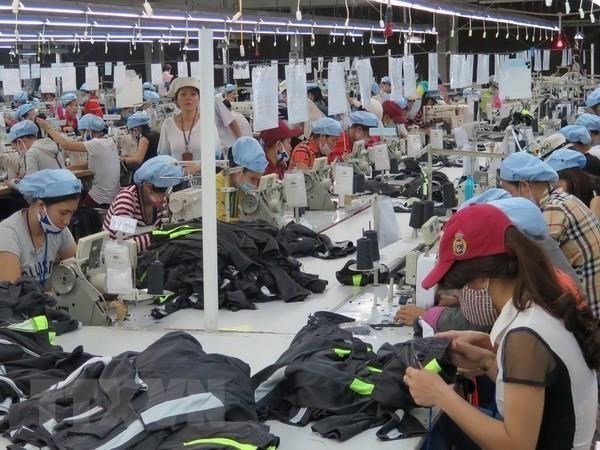 Sustainability and circularity are an inevitable path that Vietnamese textiles have to follow, according to Truong Van Cam, General Secretary of the Vietnam Textile and Apparel Association (VITAS).

Cam was speaking at a seminar on “Promoting circularity in Vietnamese textiles” on August 26.

He said a booming textile industry has become a thing of the past. The industry has shifted its focus from fast growth to sustainable growth. It is expected to grow by around 6% from 2022 to 2030 and achieve circularity between 2030 to 2045.

He also underscored VITAS’s PPP (Profit-People-Planet) as a well-suited model for textile firms to go green. Under the model, firms are required to operate profitably and, at the same time, improve workers’ living conditions and embrace green production.

The general secretary urged textile firms to keep themselves well-informed about circularity to not lag behind on the global green path. He also called on firms to weigh the costs and benefits of green transition to develop the best strategies for themselves, avoiding green-at-all-cost narratives.

Saskia Anders, director of the GIZ Fabric Asia Programme, revealed that the European Commission passed its strategy for sustainable and circular textiles this year.

Up to 16 regulations and other policy measures are being planned to make textile products that enter the European market more long-lasting, repairable, reusable and recyclable until 2030.

“There is a large interdependence between the first stages of product development and its end-of-life. Hence, the effort needs to be collaborative and the responsibility needs to be shared,” she said.

Nguyen The Chinh, former head of the Institute of Strategy and Policy on Natural Resources and Environment, defined circular economy as an economic model that allows efficient use of materials, longer product life ps, lower production wastes and less environmental impacts.

He said the Government always puts circularity high on its agenda and aims to encourage the reuse and recycling of production waste. He also said Vietnamese firms could learn from German firms in this regard to operate more circularly.

“In Germany, many firms reclaim CO2 from their factory emissions to sell it as input to other firms,” he said.

Cao Minh Ngoc, director of the RTS Vietnam Technology Solutions and Resources, underscored four factors that are posing a serious threat to water security in Vietnam, which are climate change, rising sea levels, drought and flooding.

“The treated water could be pumped into other factories for reuse as long as the water meets the 01/2018/BYT standard issued by the Ministry of Health,” he said.

He also asserted that firms engaging in treated water reuse would be granted Green Certificates, which help them penetrate international markets more easily.

Tran Hoang Phu Xuan, director of the fashion firm Faslink, asserted that two million cups of coffee are consumed every day and the decomposition of the untreated coffee grounds releases a huge volume of methane, a greenhouse gas.