The local steel market continued to be gloomy, with reductions seen in both production and consumption in the past 11 months, a report published by the Vietnam Steel Association (VSA) this week revealed. 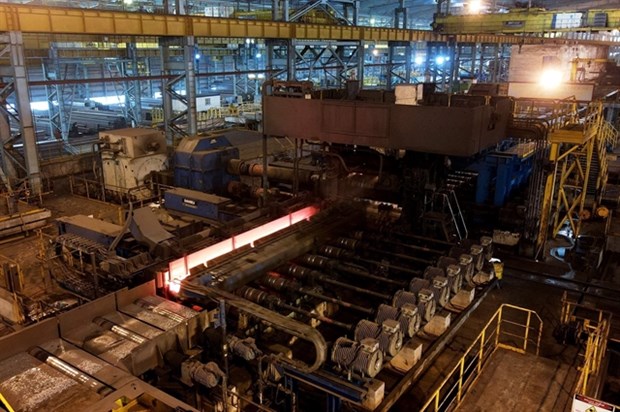 A steel plant in the southern province of Ba Ria-Vung Tau. (Photo: VNA)

The local steel market continued to be gloomy, with reductions seen in both production and consumption in the past 11 months, a report published by the Vietnam Steel Association (VSA) this week revealed.

In terms of exports, 6.99 million tonnes of steel were shipped abroad in the past 10 months, earning a turnover of more than $6.94 billion. These figures marked significant yearly decreases of 57% in volume and 29% in value.

In a 10-month period, Vietnam also imported about 9.76 million tonnes of steel with a value of more than 10.29 billion USD, down 8.4% in volume but up 7% in value over the same period of last year. Major steel suppliers to Vietnam were mainland China, Japan, the RoK, Taiwan (China) and India.

According to the company, the prospect of recovering global steel demand continued to face difficulties when inflation was high. Moreover, the implementation of tight monetary policy in many countries would affect the prospect of world economic recovery in December.

Meanwhile, the domestic market had not shown any clear signs of recovery and the real estate market faced many challenges. That would have a great influence on the steel consumption.

All businesses were looking for ways to restore output and improve profit results in the last month of 2022, resulting in fiercer competition among factories and pushing up the selling prices of steel.

In the recent report on the prospects of the steel industry, RongViet Securities Corp also said that the sector had little chance to recover in 2023 due to weak consumption, the pressure of the exchange rate and interest rate on financial costs.

In 2023, the Government would foster investment in infrastructure projects with the goal of ensuring economic growth that could support domestic steel demand, especially for construction steel.

However, the real estate industry which might not recover after a gloomy year could not help domestic steel demand rebound next year, experts have said./.