President Nguyen Xuan Phuc will lead a high-ranking delegation of Vietnam to pay a state visit to Indonesia from December 21-23 at the invitation of Indonesian President Joko Widodo.

President Nguyen Xuan Phuc will lead a high-ranking delegation of Vietnam to pay a state visit to Indonesia from December 21-23 at the invitation of Indonesian President Joko Widodo.

This is the first trip to the country by a key Vietnamese leader after the 13th National Congress of the Communist Party of Vietnam and also the first by a Vietnamese President over the past nine years as the two nations are preparing for the 10th founding anniversary of strategic partnership.

Vietnam and Indonesia established diplomatic relations in 1955 and set up the strategic partnership in 2013. 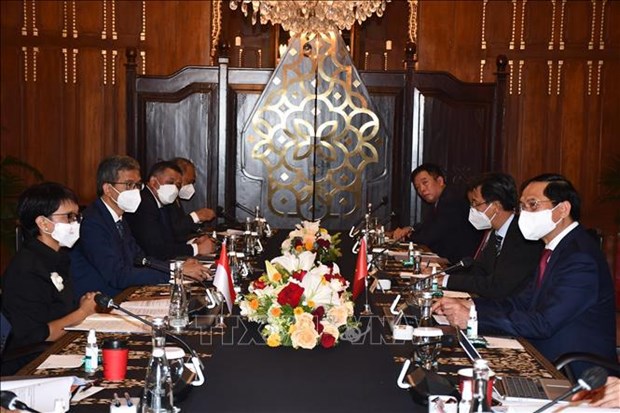 At the fourth meeting of the Vietnam-Indonesia Joint Committee on Bilateral Cooperation. (Photo: VNA)

The two countries have signed many agreements on cooperation in various fields, including an action programme to implement their strategic partnership for 2019 – 2023. Currently, they have four pairs of twinned provinces/cities, namely Hanoi and Jakarta, Ba Ria-Vung Tau and Padang, Hue and Yogyakarta, and Soc Trang and Lampung.

Vietnam has mostly exported computers, electronic products, iron and steel of all kinds, apparel, plastic materials, mobile phones and components to Indonesia, while mainly importing coal, animal fats and vegetable oils, and CBU cars of all kinds from Indonesia.

As of September this year, Indonesia had ranked 5th in ASEAN and 29th out of 141 countries investing in Vietnam with 101 projects worth 611.7 million USD, mostly in processing and manufacturing industry, and accommodation and dining services. Vietnam, meanwhile, had invested 59 million USD in 17 projects in Indonesia in the fields of commerce, IT, agriculture and industry. 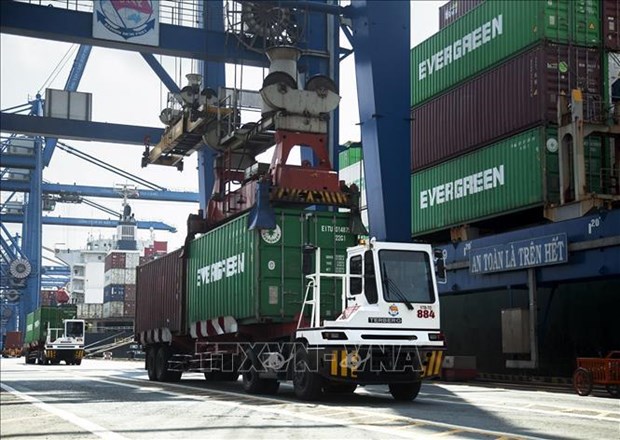 The two countries have also inked a number of memoranda of understanding on cooperation in agriculture, fishery and marine affairs, energy, finance, education, justice and law, coal supply, rural development, and gas supply in the cross-border area. Notably, in September 2018, the two sides signed a joint communiqué on voluntary participation in international cooperation in combating illegal, unreported and unregulated (IUU) fishing and promoting sustainable fishery management.

President Phuc’s state visit is an important event marking a stride in the bilateral relations and helping to develop the strategic partnership in an increasingly practical and effective manner, said Vietnamese Ambassador to Indonesia Ta Van Thong.

Vietnam’s policy on extensive international integration and Indonesia’s Vision 2045 are expected to provide myriad opportunities for cooperation between the countries, he said./.