Prime Minister Pham Minh Chinh attended a Vietnam-Belgium Business Forum in Brussels on December 15 (local time), within the framework of his official visit to the European country. 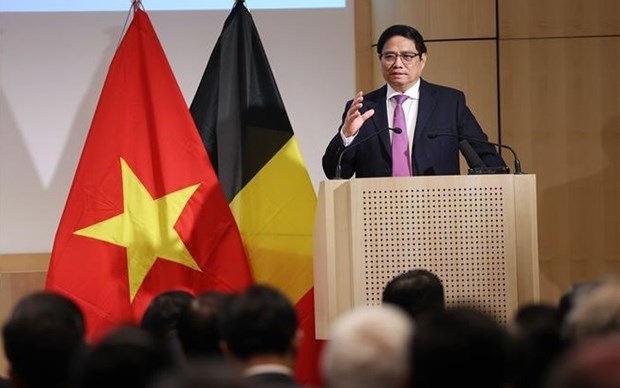 Prime Minister Pham Minh Chinh attended a Vietnam-Belgium Business Forum in Brussels on December 15 (local time), within the framework of his official visit to the European country.

Speaking at the event, PM Chinh said that the Vietnam-Belgium relations are developing well in all fields. Two-way trade is estimated to reach nearly 5 billion USD this year. The European nation has so far invested 1.1 billion USD in the Southeast Asian country.

Belgium is also considered one of the gateway markets to the EU for Vietnam’s important exports, he stressed.

In 2022, thanks to the effective control of the COVID-19 pandemic, Vietnam has gained important socio-economic development achievements, including stable macro economy, curbed inflation, positive economic growth, and major balances ensured.

Chinh stressed that Vietnam has implemented a foreign policy of independence, self-reliance, persification and multilateralisation, and being a good friend, a reliable partner and a responsible member of the international community; and is determined to build an independent, self-reliant economy which is integrating into the international community actively, practically and effectively.

“This is a very important foundation, creating more motivation and confidence for businesses to feel secure in production and business; and promote economic, trade and investment cooperation for extensive development, thus bringing practical benefits to the two peoples”, the Prime Minister emphasised.

He expressed his hope that Belgian and European firms continue persifying products, markets and supply chains to promote effective and sustainable production and business in Vietnam.

He suggested them maintain investment and call on more firms to pour capital into his country, with priority given to innovation and start-ups, digital transformation, climate change response, circular economy, infrastructure, logistics, and hi-tech agriculture. 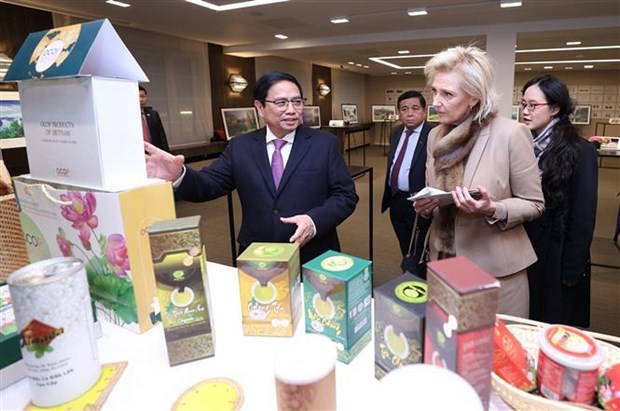 At the forum, Prime Minister Pham Minh Chinh, Princess of Belgium Astrid and officials of the two countries witnessed the signing of cooperation documents between their ministries, sectors and enterprises.

The executives informed the Vietnamese leader of the implementation of projects and investment expansion plans in the Southeast Asian country. Piet Demuter announced his company’s plan to open a direct route between Belgium and Vietnam.

Chinh appreciated the successful investment activities of these enterprises in Vietnam, suggesting them continue to expand investment in various fields. He pledged to assign relevant agencies to consider proposals made by the firms./.