Over 733 million tonnes of cargo handled at Vietnamese seaports

Vietnamese ports handled 733.18 million tonnes of cargo in 2022, up 4% from the previous year, an official said. 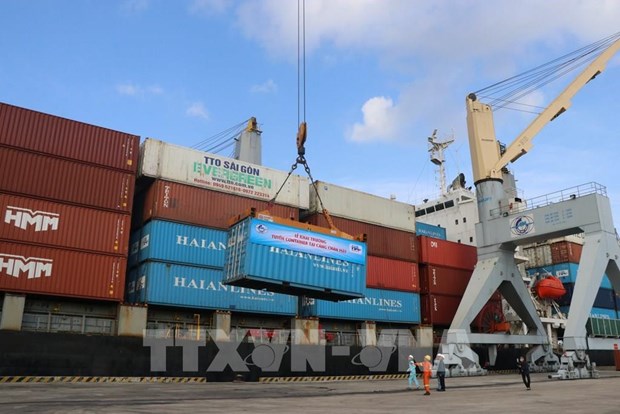 Vietnamese ports handled 733.18 million tonnes of cargo in 2022, up 4% from the previous year, an official said.

The administration said the 4% rise was the lowest pace recorded in recent years, mainly due to the fact that production and trading have yet to completely recover and China’s “zero COVID” policy has affected corporate operations.

However, silver linings have been seen in seaports in Hai Phong, Ho Chi Minh City and Ba Ria-Vung Tau, which were included on the list of the world’s top 50 ports with largest cargo throughput in 2022. Gateway seaports like Lach Huyen (Hai Phong) and Cai Mep (Ba Ria-Vung Tau) are now capable of receiving the world’s largest container ships of over 200,000 DWT.

Vietnamese ships transported about 1.29 million tonnes of cargo in 2022, up 10% year-on-year, mainly to and from China, Japan, the Republic of Korea (RoK), Southeast Asia and Europe./.