Outstanding economic events of Vietnam in 2022

Faster-than-expected GDP growth, the upgrade of Vietnam’s credit ratings, and big fluctuations in the corporate bond market are among notable events of the Vietnamese economy in 2022.

The following is the list of the top 10 defining events of the economy this year selected by the Vietnam News Agency’s Department of Economic News. 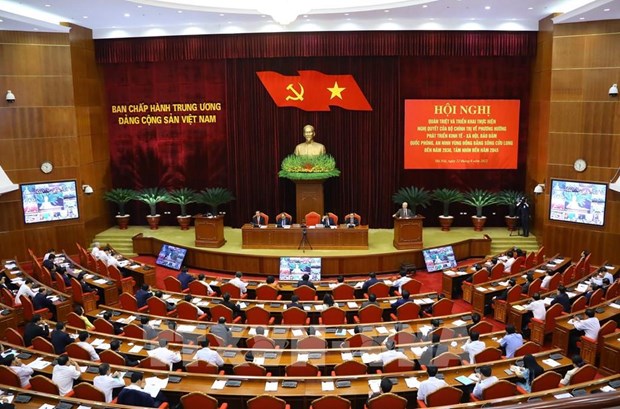 A national conference to disseminate and launch the implementation of the Politburo’s Resolution No 13-NQ/TW, dated Arpil 2, 2022, on orientations for socio-economic development and defence-security safeguarding for the Mekong Delta (Photo: VNA)

For the first time, the Politburo issued six resolutions on socio-economic development and defence-security safeguarding for 2030, with a vision to 2045, for six regions to tap into advantages of each region while enhancing connectivity within each region and among different regions. 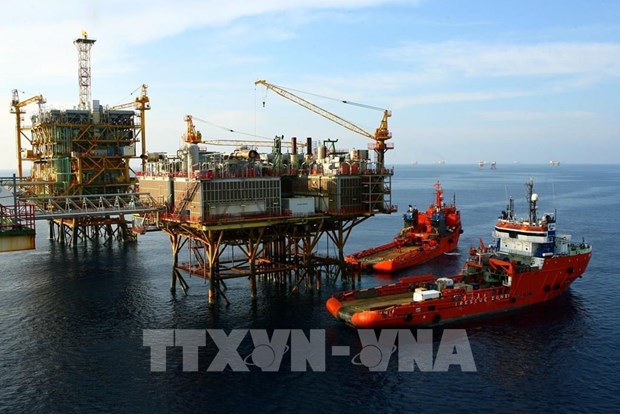 Vietnam’s 2022 GDP growth is estimated at 7.5-8%, higher than the target of 6-6.5%. Meanwhile, inflation has been curbed to stand at 3.1-3.3%, and about 21 billion USD in foreign direct investment (FDI) disbursed, up over 8% year on year. Total exports and imports this year are valued at some 750 billion USD, rising 12.18%, according to the General Department of Vietnam Customs.

These are impressive results amid undermined growth momentum of the world economy and soaring inflation and living expenses. 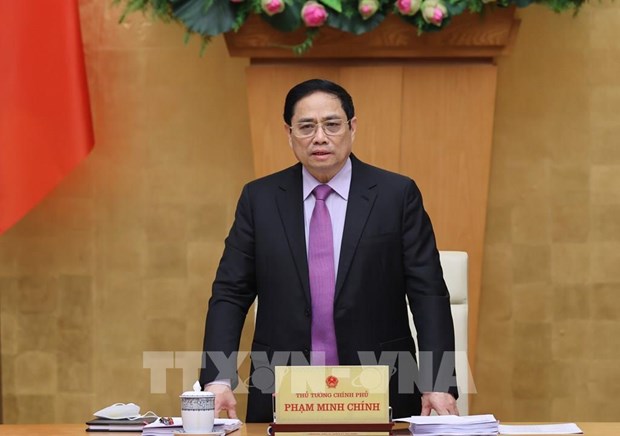 Prime Minister Pham Minh Chinh chairs a national teleconference to accelerate the building of the national master plan for 2021-2030, with a vision to 2050. (Photo: VNA)

This was the first time a national master plan had been built on the basis of the Law on Planning and the resolutions and conclusions of the Party Central Committee, Politburo, and National Assembly on national socio-economic development in the time ahead.

The plan specifies the distribution and arrangement of space for socio-economic, defence, security, and environmental protection activities that are nationally and internationally important and strategically inter-regional in the territory, including the mainland, islands, archipelagoes, sea areas, and skies. 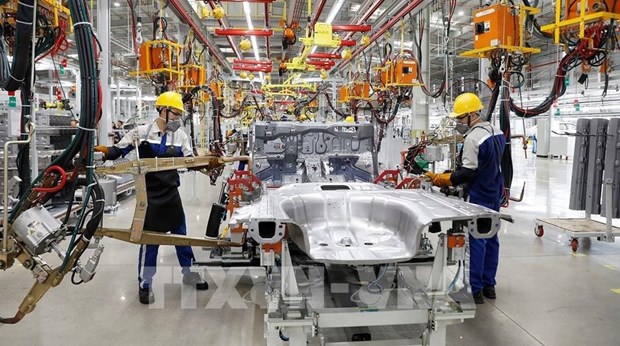 Vietnam was the only in the Asia-Pacific and one of the four countries in the world for which Moody’s raised the ratings. International organisations highly valued the country’s efforts in implementing macro-economic policies, keeping financial stability, and surmounting external shocks.

5. Continual adjustment of regulatory interest rates, exchange rates in over one month 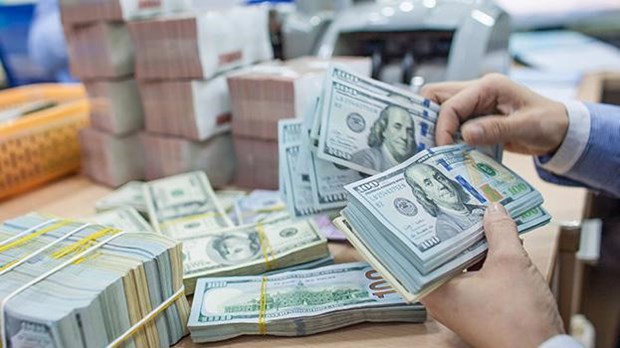 The regulatory interest and exchange rates were adjusted continually in over a month. (Photo: VNA)

The flexible governance by the Government and the central bank has helped contain inflation and enhance people, businesses, and investors’ trust in Vietnam’s investment climate. 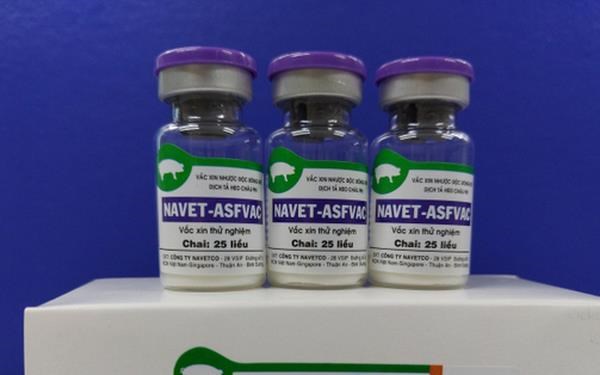 NAVET-ASFVAC is one of the two African swine fever vaccines made by Vietnam. (Photo: VNA)

Vietnam was the first country to have successfully developed and produced two African swine fever vaccines, NAVET-ASFVAC and AVAC ASF LIVE, which are the first commercial vaccines for this disease.

The Ministry of Agriculture and Rural Development is set to put the vaccines into use nationwide in early 2023. This success has also opened up prospects for exporting African swine fever vaccines.

7. Many new records in stock market 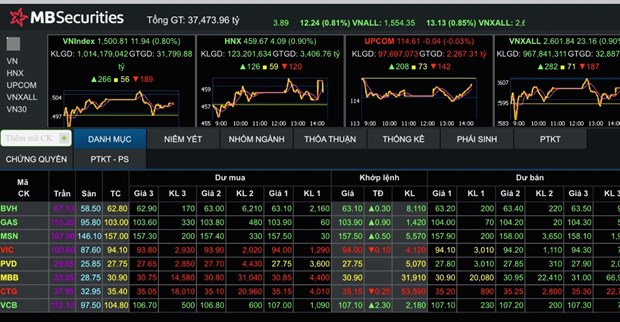 Strong fluctuations have turned VN-Index into one of the most volatile indexes in the world. (Photo: VNA)

In 2022, VN-Index surpassed 1,500 points for the first time, but dropped to less than 900 points within over six months. Such fluctuations have turned VN-Index into one of the most volatile indexes in the world.

Amid the market’s hot growth and signs of stock price manipulation, authorities have taken strong actions to tighten discipline and improve the health of the market. 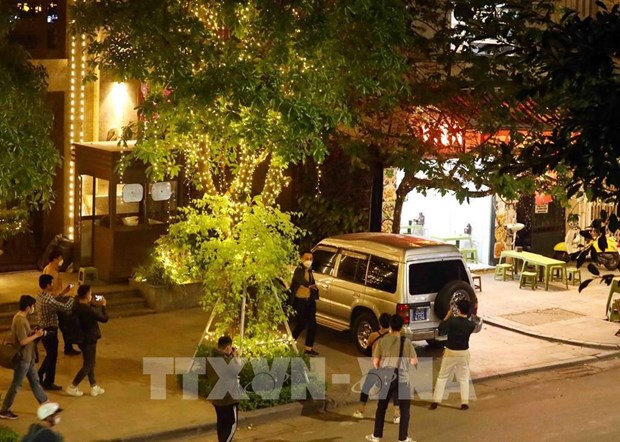 The corporate bond market, a medium- and long-term capital mobilisation channel, was negatively affected when investigations were launched into some cases involving wrongdoings in corporate bond issuance. Inpidual investors sold bonds before maturity due to concerns over businesses’ failure to repay debts.

To rectify activities in this market, the Government released Decree No 65/2022/ND-CP on September 16 to amend Decree No 153/2020/ND-CP that stipulates rules on corporate bond offerings. It also requested the Ministry of Finance to continue overhauling Decree 65 in order to guarantee publicity, transparency, the legitimate rights and interests of investors, along with the safety and security of the financial and monetary markets. 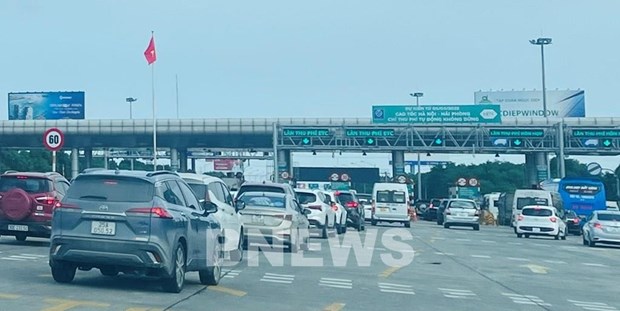 10. Fuel shortages in many localities 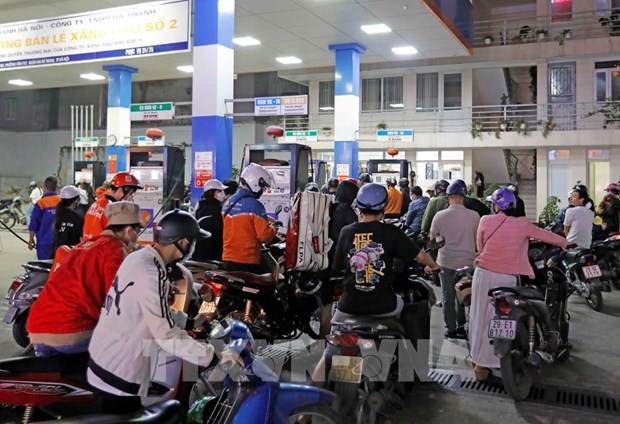 Motorcyclists wait to refill their vehicles at a gas station on Lac Trung street, Hanoi on November 5. (Photo: VNA)

In October and November, residents in many localities had to wait in long queues to buy fuel. This situation came as a result of complex developments in the global oil market, and it also revealed problems in the management of petrol and oil trading.