M A in technology sector on the rise

Mergers and acquisitions (M&A) in the technology sector have been witnessing a rebound in recent years as tech giants have employed M&A to expand their ecosystems. 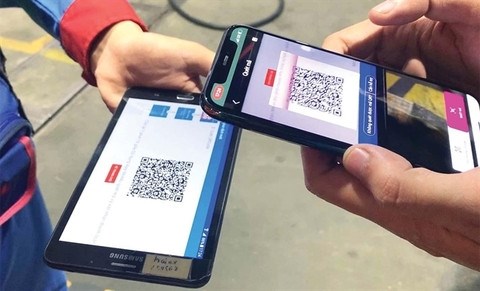 Mergers and acquisitions (M&A) in the technology sector have been witnessing a rebound in recent years as tech giants have employed M&A to expand their ecosystems.

Data from VnEconomy showed that M&A in the technology sector tripled in value and nearly doubled in activities in the past few years, from 22 deals in 2020 to 42 deals in 2021, reaching roughly 1 billion USD.

Tran Vinh Du, Strategy and Transactions Leader of Ernst & Young Indochina, remarked that private equity and venture capital investments in the sector continued to sustain strong growth in the first half of 2022 despite some turbulence in equity and debt markets.

A sizeable deal during the period was the deal of the Vietnam-based e-commerce solution provider OnPoint, which successfully raised 50 million USD from an indirect wholly-owned subsidy of Temasek.

“According to our research, the total value of deals transacted in the first half of 2022 in the country was almost the same as the figure of the whole of 2021 (4.97 billion USD),” Du said.

Ernst & Young also said global M&A activities would remain resilient in 2022, but further shocks could derail the outlook. In Vietnam, the main technology fields that have attracted a large number of investments include Fintech, Edtech, Logistics and business automation.

Le Han Tue Lam, director of the investment fund Nextrans Vietnam, asserted that few tech giants in Vietnam can afford to own start-ups of multiple tens of millions of dollars outright.

Hoang Thi Kim Dung, head of Genesia Ventures Representative Office in Vietnam, shared this view, saying that most start-up M&A deals in the country are worth less than 10 million USD each.

“M&A in the technology sector has been of limited success mostly because of the expectation mismatch between acquirers and acquirees,” Dung said.

Some start-ups that are expected to reach near-unicorn status in the short term have been valued at between 100 million USD to over 3 billion USD.

Dung believed such valuations are so high that not many buyers are financially adequate to make acquisitions. She revealed that Genesia Ventures Vietnam is assisting a tech start-up in its M&A negotiation but reaching an agreement on price is not an easy task.

Lam, in contrast, believed tech firms are normally under-valued in their initial public offerings (IPO). She said it is hard to tell how the market would move in the short term as many firms have begun to make IPOs abroad.