Although the EU-Vietnam Free Trade Agreement (EVFTA) appears to be a boon for Vietnamese pepper, expanding market reach in Europe requires much more than FTA-induced tariff advantages. 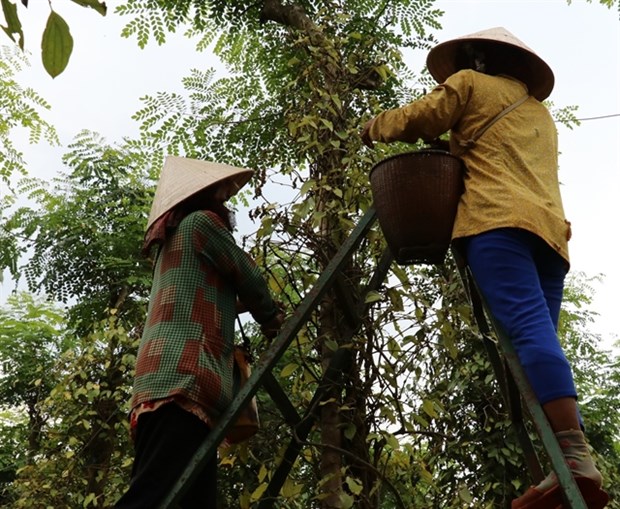 Although the EU-Vietnam Free Trade Agreement (EVFTA) appears to be a boon for Vietnamese pepper, expanding market reach in Europe requires much more than FTA-induced tariff advantages.

Hoang Thi Lien, Chairwoman of the Vietnam Pepper Association, estimated that Vietnam exported roughly 211,500 tonnes of pepper in the first 11 months of 2022, raking in 911 million USD. Europe remained a major importer of Vietnamese pepper, taking about one-fourth of the pie.

As the country has entered into a free trade agreement with Europe, the pepper has become better positioned in the market. In the short term, EVFTA is expected to give it huge tariff advantages over its major competitors, including Indian and Malaysian pepper.

However, Lien urged pepper firms not to take the advantages for granted as Europe has begun to raise the bar on imported pepper. Moreover, some countries are slated to strike their own FTAs with Europe in the years to come, further eroding the advantages.

“Firms need to improve themselves constantly to adapt to higher standards in the market,” said Lien.

The chairwoman also forecast that the demand for Vietnamese pepper would soar in Q2/2023 on the back of China’s less restrictive stance on COVID-19.

Nguyen Nhat Minh, a representative from Vietnam Insight, said Europe is one of the largest pepper importers in the world, consuming one-third of global pepper exports. In the next five years, the market is expected to grow by around 2% annually.

Vietnam is one of the four countries in Asia that have signed FTAs with Europe. As the EVFTA has come into effect, Vietnamese pepper enjoys a preferential tariff of 0%, putting it at a huge advantage over pepper from non-FTA countries.

However, tariff cuts are only part of the story. In fact, the FTA-induced advantages normally come with specific technical barriers to trade. Such barriers include strict regulations on Maximum Residue Levels (MRLs) and Sanitary and Phytosanitary Measures (SPS) applicable to pepper.

“Pepper imported to European markets is required to come up to European standards. It must be safe for consumer health, clearly labeled, and free of impurities,” said Minh.

Luong Phuoc Vinh, Southeast Asian Regional Manager of Tentamus Group, asserted that a closer tie between firms and farmers is needed to keep output stable and increase the proportion of processed pepper in total exports.

He urged Vietnamese farmers to shift from a quantity-focused to a quality-focused mindset to help Vietnamese pepper gain ground in the demanding European markets.

He also said it is tough to bring Vietnamese pepper to Europe, but it is tougher to get it to supermarket shelves as supermarkets set the bar on imported pepper higher than the bar set by European authorities.

Pham Minh Thong, General Director of Phuc Sinh JSC, believed that the commitment to sustainable development would hold the key to commercial success in Europe. It is the case because European consumers prefer a sustainable way of production and consumption.

“If firms do not have a sustainable mindset, consumers would turn their back on them,” said Thong.

The general director urged Vietnamese firms to shift their focus to extensively processed pepper to strengthen their position in global markets. He took freeze-dried pepper as an example, which can be sold at a price six times that of ordinary black pepper./.