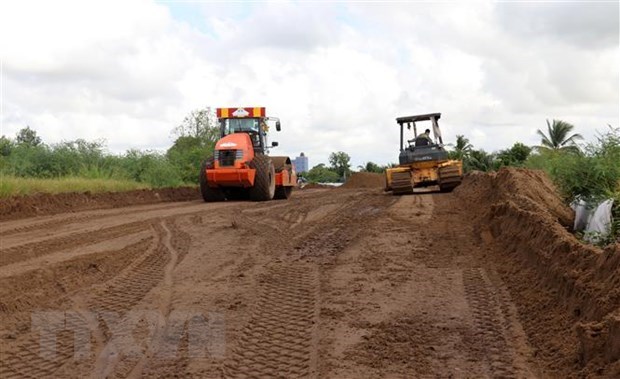 Of the total, the capital managed by the government is estimated at 50.4 trillion VND, equivalent to 47.7% of the yearly plan, and up 18.1% y-o-y, according to the General Statistics Office (GSO).

In August alone, the amount of disbursed public investment reached 48.3 trillion VND, up 51.4% y-o-y, of which 8.9 trillion VND was managed by the government, representing an increase of 36.8% against the same period last year, and the remainder was managed by localities.

To accelerate the disbursement, the Prime Minister has assigned six working groups to continue inspections, helping to remove difficulties and obstacles, and speeding up the disbursement of 2022 public investment allocated to 41 ministries and centrally-run agencies and 18 localities that have the results below the national average (34.47%).

Specifically, on August 29, Standing Deputy Prime Minister Pham Binh Minh, who is head of a working group, worked with leading officials of the central provinces of Quang Binh and Quang Tri on this work.

During January- August, Quang Binh and Quang Tri reported the disbursement rates of 30% and 34%, respectively.

Reasons for the slow disbursement were attributed to complicated procedures, obstacles in project site clearance, and weaknesses of several investors, consultants and contractors./.