The members of the Comprehensive and Progressive Agreement for Trans-Pacific Partnership (CPTPP) constitute a potential market for the export of tra fish, according to the Vietnam Association of Seafood Exporters and Producers (VASEP). 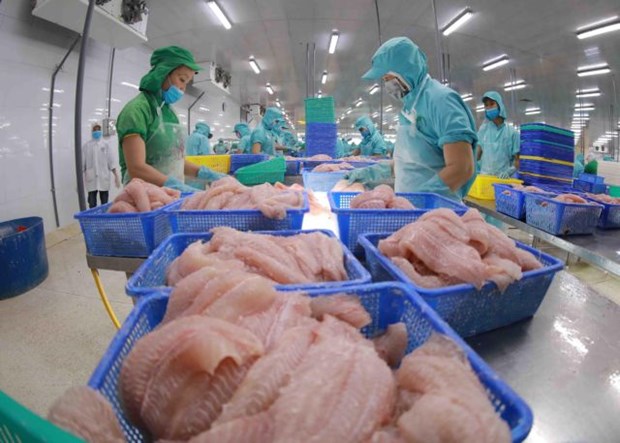 The members of the Comprehensive and Progressive Agreement for Trans-Pacific Partnership (CPTPP) constitute a potential market for the export of tra fish, according to the Vietnam Association of Seafood Exporters and Producers (VASEP).

VASEP’s statistics showed that 13% of the Vietnam’s total tra fish export in the first seven months of this year, worth 211.4 million USD, was consumed in CPTPP member markets, representing a rise of 73% against the same period last year.

In July alone, tra fish export to member countries of CPTPP expanded rapidly at 123% to reach more than 31 million USD.

Except for New Zealand, which did not see a considerable increase in tra fish import from Vietnam, other CPTPP member markets all posted whopping rises.

Tra fish export to Australia, Singapore, Malaysia and Chile posted three-digit growth in July, from 108-166%, over the same period last year. Export to Japan increased by 66% in July.

According to VASEP, Canada was the market where the average tra fish price was the highest among CPTPP member countries, at around 3.34 USD per kilogramme in July.

Australia was also an attractive market for Vietnam’s tra fish exporters with average import price of 3.26 USD per kilogramme in the first half of this year and 3.3 USD in July.

“While seafood exports in general and tra fish in particular to many markets face difficulties from exchange rates fluctuations and high transportation costs, the CPTPP is less affected,” VASEP said, adding that the zero import tax under CPTPP and the consumer’s choice to switch to fish with more affordable prices such as tra fish were factors that helped tra fish export to CPTPP countries rise from the beginning of this year.

The growth momentum would continue to maintain in the remaining months, VASEP said./.