The State Bank of Vietnam (SBV) should continue to take measures against dollarisation and goldenisation in the domestic economy as the markets remain potential risks for the rising speculation and hoarding of the assets, experts said. 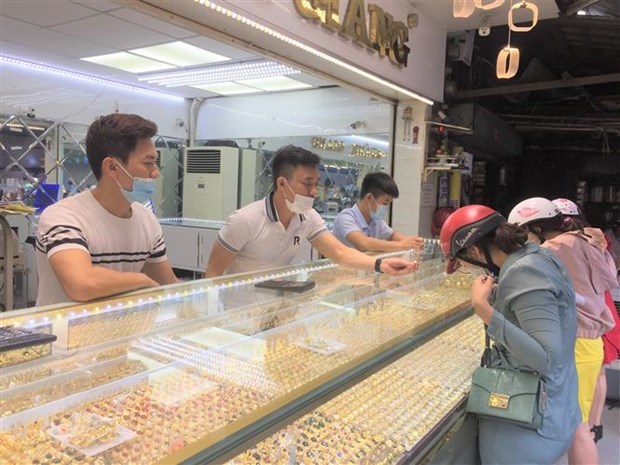 The State Bank of Vietnam (SBV) should continue to take measures against dollarisation and goldenisation in the domestic economy as the markets remain potential risks for the rising speculation and hoarding of the assets, experts said.

In recent years, dollarisation and goldenisation have been strictly controlled in the country, which has helped to stabilise the Vietnamese dong and fight inflation.

According to experts, the dollarisation of Vietnam’s economy has fallen sharply, from more than 20% before 2010 to more than 10% after 2010.

Despite the success, Vietnam still needs to continue to have policies to regulate the market, because the market still has factors affecting the goal of limiting dollarisation in the economy.

Economist Do Duy Cuong said the increase in dollarisation would make the foreign exchange market unstable which causes a trade deficit and inflation to increase, and negatively impacts confidence in the national currency. The country’s foreign exchange reserves therefore would also be reduced.

Therefore, Cuong said, it was necessary to continually stabilise the dong value and use monetary policy tools to influence market conditions so as to make the dong more attractive than the dollar.

The interest rate policy must aim to create and maintain a positive interest rate gap between dong and dollar-denominated deposits, which will limit the tendency to hold the dollar.

Besides dollarisation, goldenisation has been also restricted in the country since the issuance of Decree 24/2012/ND-CP on the management of gold businesses. In fact, gold is no longer a means of payment. The current demand for gold does not come from speculation but the real needs of people such as jewelry, gifts or a lucky asset on the first days of the New Year.

Do Minh Phu, Chairman of DOJI Group, said before 2012, the gold price changed continuously, which had a very bad impact on the economy. Since the SBV implemented Decree 24, the gold market had been effectively managed by a relatively standard legal corridor.

Experts said the gold and foreign exchange markets had been stable for more than 10 years, making Vietnam proactive in the uncertainties of the global market.

Expert Nguyen Tri Hieu said the SBV had succeeded in managing the gold market, which hadn’t seen fevers with balanced supply and demand though the gold price had surged to 65-66 million VND per tael.

The SBV has so far also affirmed it will continue to closely monitor the gold and dollar price movement to take measures to stabilise the market./.